There are different types of tennis court surface for every season. On the professional tennis tour, it all starts with the outdoor hard court season leading up to the first Grand Slam of the year, the Australian Open. It then moves on to the clay court season. Weeks of battling it out on the red dirt culminate at the French Open. With the arrival of summer comes good weather, and with it comes the grass court season. Almost six weeks of blissful tennis of course featuring  the historic Wimbledon Championships. After that, it’s all back to the hard courts for the rest of the season, which of course includes the US Open and the season ending ATP World Tour Finals.

For everyone else, tennis court surfaces will depend on where you live. Different courts for different locations on the planet. But the big question is: what is the difference between the different types of tennis courts?

Hard courts are the most popular tennis court type you’ll find. They are usually made of synthetic or acrylic layers covering a concrete or asphalt foundation and are most commonly painted in blue or green. One of the reasons they are so popular is because they require very little maintenance.

Hard courts tend to play at a medium to fast speed with a medium to high ball bounce. They play faster than clay courts, but slower than grass courts. The speed of a hard court depends on how rough or smooth the acrylic surface is. Sand is often added to the paint used on the courts. The amount of sand added is what changes the playing speed of the courts. More sand leads to more surface friction, and therefore a slower surface.

Hard courts usually benefit big hitters and big servers. The speed and height of the ball bounce makes it the ideal surface for players who hit hard and flat, and who have the ability to shorten their swings to match the speed of play. 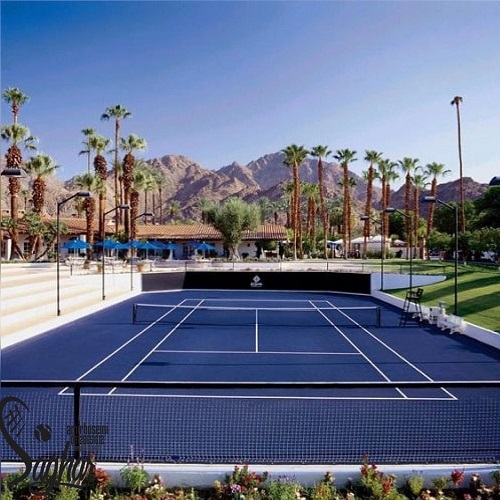 Clay courts are most commonly found in Continental Europe and Latin America. The surface of a clay court is made of crushed stone, brick or shale, and is usually red in colour. One of the reasons these courts are less common is the amount of maintenance the courts require. Due to the material, the courts have to be frequently rolled and watered in order to keep the court in a playable condition. Too dry and it will essentially be like playing on sand. Too wet and you’ll be seeing a few twisted ankles. Clay courts have to be just right.

Clay courts produce a slow and high bouncing ball when compared to other tennis court surfaces. In general, they are considered the slowest type of tennis court. The playing characteristics of clay courts change depending on how wet or dry they are. Dryer clay courts have a lower surface friction, which leads to a slightly faster and lower bouncing ball that skids through a little more, and usually provides less traction when it comes to footwork. Wetter courts are a little grippier and will therefore produce slower and higher bounces.

The slow and high bouncing ball makes it much more difficult to hit winners and unreturnable shots, which leads to longer and more physically demanding points. It best suits consistent baseline players which use a lot of topspin and are great at playing defensive tennis. Flat shots are less effective as the ball loses velocity when it contacts the surface. Therefore, the most effective serves are topspin and kick serves, as the ball bounces higher than on other surfaces.

Grass courts are the most traditional type of tennis court surface and have been in use since the late 1800s. They are most commonly found in Britain, though they are also popular in the Northeastern United States. Wimbledon has famously used lawn tennis courts since 1877 and still uses them today. Grass courts are less common than other courts as they require incredible amounts of maintenance. To give you an idea of just how much maintenance, here’s a fun fact for you. According to the Wimbledon Official Website, it takes approximately 15 months to prepare a Championships’ standard grass court before it can be played on.

The surface consists of grass grown on very hard-packed soil. Grass courts are considered to be the fastest type of tennis court. The soft, low friction grass surface produces a fast and low bouncing ball that skids through the court. The playing conditions depend highly on the composition of the grass, how short or tall the grass is and how fresh it is. In events such as Wimbledon, the playing conditions change drastically between the start and the end of the tournament.

Rallies tend to be shorter and quicker than on other tennis court surfaces due to the fast and low bouncing ball. Serves and returns play a huge role in determining who controls/dominates a point as speed and power are a huge advantage on grass. For that very reason, grass courts favour a serve and volley style of play as it doesn’t allow opponents to enter the rally. 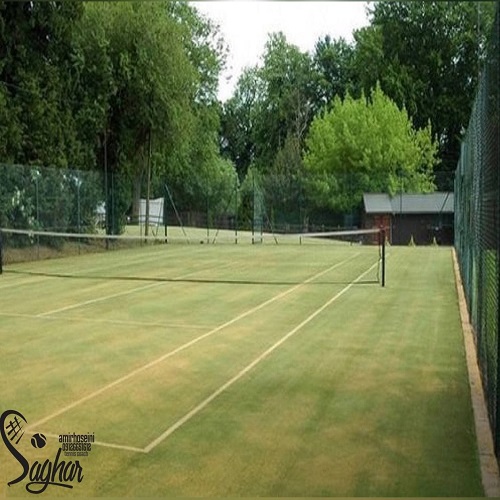 Other Types of Tennis Court Surface

Artificial grass courts are have a slightly similar appearance and playing style to natural grass or lawn courts. They are more commonly used in recreational tennis and aren’t officially used on the ATP or WTA tour. They are however very popular amongst recreational players and are found at most local tennis clubs, mainly because they require relatively little maintenance. Depending on the particular material used, they can also be a considered all weather courts, making them a very popular choice at many tennis clubs in the UK.

Another popular tennis court surface is carpet. It was used on the men’s professional tennis tour for many years, though has been discontinued since 2009. Events like the WTC Finals, Paris Masters, US Pro Indoor and the Kremlin Cup were all played on carpet. A couple of ATP Challenger Tour and WTA events are still hosted on carpet, though the surface is now more commonly found indoors as a popular alternative to hard courts as they are a little easier on the knees. 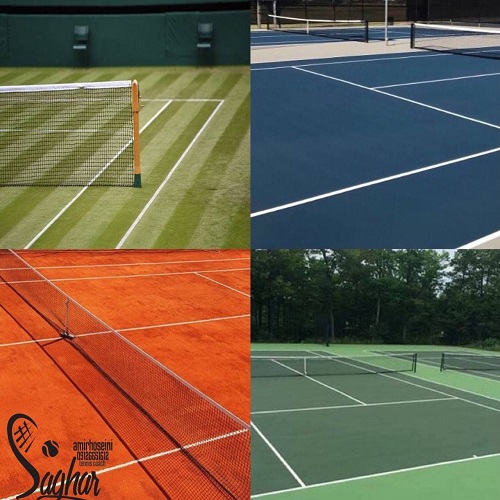